It finally happened…the wearable watch is the “new thing”—not just for early adopters.
This year will either make or break public perception of wearables as a watch. With the Apple Watch soon to hit stores, there are viable options for almost every consumer (some people will never be satisfied). 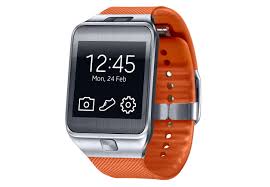 I have been ahead of the trend for about 2 years now, sporting a Samsung Gear 2, which proved difficult because my primary device is an iPhone. Let’s face it, I’m an Apple junkie and will never depart from my iPhone; however, I did have a Galaxy S5 to pair with the watch just to test out the compatibility.

My Fitbit Force was great for counting my steps, tracking my sleep and playing to my competitive nature by providing a leaderboard of active friends that I could always monitor. As part of our fitness challenge at BlueFletch almost two years ago, most of the company purchased a Fitbit.  I always made my target goal but my team was ultimately crushed by our competition.
So, being a self-professed tech snob, I’m ready for a fresh device to play with and share my thoughts with anyone that will listen.
Now that the Apple Watch has arrived, all of the big players in the mobile space will have a watch wearable offering. Here are a few of the heavy hitters. 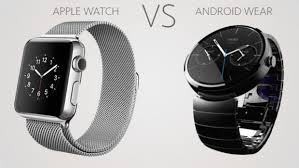 Google released the Android Wear Operating System (OS) last year. There are a number of companies that have released Android Wear devices, including Motorola, Samsung, LG, ASUS, etc. At the time, I did not want another Android-specific wearable, but with Google hinting at supporting iOS devices I could be persuaded. 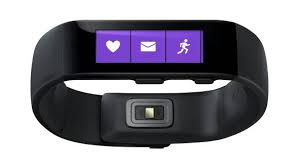 Microsoft Band was released last year as well. The biggest feature that caught my eye the band’s ability to support the big three mobile OSs’ (Android, iOS, Microsoft). I had a chance to get a live demo from a Microsoft employee and I was surprised by all the functionality they were able to pack into the device’s form factor.
The next watch wearable I sport will be the Apple Watch. It seems like a natural progression from the FibFit Force and Samsung Gear 2. There are a plenty of built-in applications to be excited about, including: Apple Pay, Wifi & Bluetooth Support, Messages, Phone, Navigation, Activity Tracker, etc.
But I am most excited about the Third Party applications that will be available. Although the BMW and Telsa Apple Watch apps look cool and want to replace your key fob. I would need more than 18 hours of battery life if I am going to leave the house without my key.