For many, the term “cutting the cord” has become synonymous with “sticking it” to the Cable TV overlords. For some, cutting the cord is the fulfillment of a new year’s resolution to watch less TV. For these rare people in the world, cutting the cord helps them feel more intelligent. For others, by reminding everyone that, “I have not seen that television show,” you are implying that cable TV is beneath you.

Cutting the cord during the last few years did not leave you with great options if you still wanted to be entertained with new content on a nightly basis. 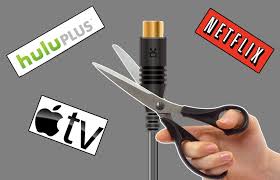 The previous options for cord cutters revolved around physical devices and streaming services. You needed a physical device such as a Smart TV, Apple TV, Chromecast, Roku, etc. In addition to the device, you needed access to a service to watch content such as Netflix, Hulu, Plex, Youtube, etc.

A digital antennae is also a must for local news and live broadcast television. Without a set of digital rabbit ears, how could you watch the local news in the event of a snow day or witness the zombie apocalypse as it unfolds?

After watching Iron Man 3 for the 42nd time you start to realize that these streaming services are not “really” designed to replace regular television.

I have been asked the following questions about the practical usability of streaming services:

All of these are valid concerns and some apps have tried to address the inherit challenges of using services like Netflix as a primary source of entertainment, e.g. Netflix Roulette. 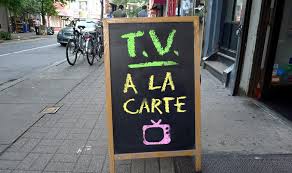 That being said—this is the year (or at least should be) consumers will have TV subscription services that are true cable tv replacements. If you follow tech news, then you know that Apple has been negotiating for years with cable companies to bring a better TV experience to the masses (with little to no luck). There have been small apps like HBOGO and FoxNOW, but not an offering that could be a true replacement.

Apple is currently working on releasing new Apple TV hardware, but they are also preparing a service that will be available later this year. If you are a fan of HBO, they recently rolled out a standalone service called HBO NOW. I am really excited about what the folks at Dish Network have released—their Sling TV service.

Sling TV, a $20-a-month service for cord-cutters has made a welcomed debut earlier this year. There are a number of additional packages that you can add, ranging from $5—$15 per month. In Sling TV’s basic package there are familiar channels such as ESPN, HGTV, CNN, TBS, A&E, TNT, Food Network, History Channel and others.

Although, I am excited for subscription services to finally be available, I suspect there will be a race to the bottom—all of the big names in cable TV, i.e. Comcast, Time Warner, etc. will probably offer similar services at a slightly lower price point. Companies will continue to offer lower prices to gain or retain market share as prices continue to “race to the bottom.” 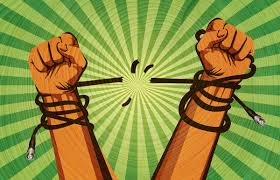