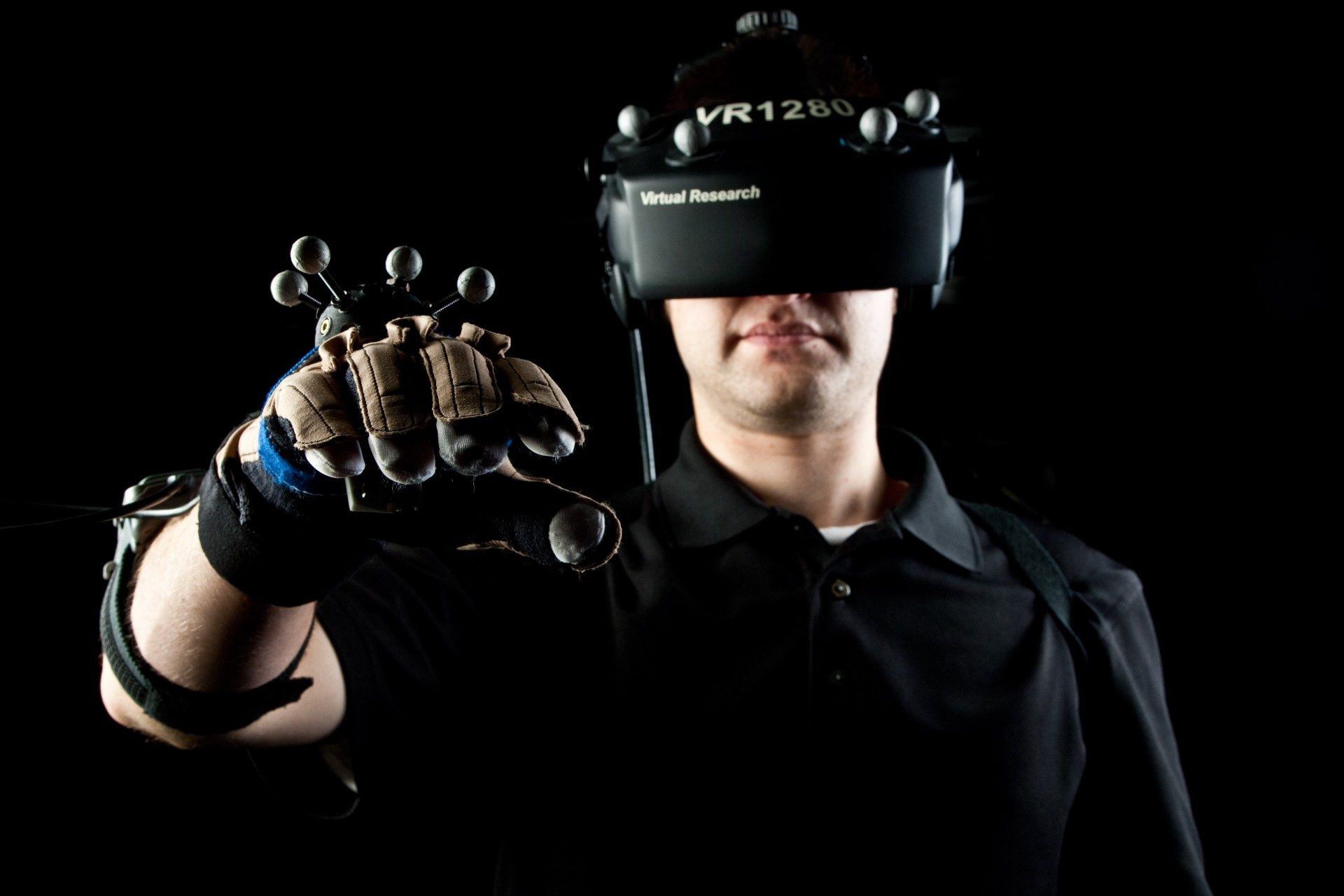 When I was 12 years old, Virtual Reality was this mind-bending technology and experience that I just had to try. Reading articles about VR and seeing its applications in movies only spurred my curiosity. Through the eyes of a 12 year old, VR seemed like a life-changing experience. However, my only outlet to experience VR was a first person shooter game at a Dave & Busters. Eventually, after spending way too much money on said experience, I was left unimpressed and have not paid much attention to VR again, until now.

VR has been around for quite some time. Some of the first uses of the term virtual/artificial reality can be traced back to the 1970s. MIT created the Aspen Movie Map in 1977, which was a virtual simulation of Aspen, Colorado. The “goggles and gloves” systems that pioneered the systems we have today were created in the late ’80s by VPL Research.

Ok, enough with the history lesson. The issue today is why VR is not just a hobby or research project but has actually been adapted in various ways in order to have a more tangible impact:

VR systems over the years have become extremely powerful and sophisticated. Especially for institutions and enterprises that need to train a workforce to master a task that has inherit risk and/or expense. Some of our biggest institutions are leveraging VR to re-invent how we perform a task.

My interest in virtual reality has been piqued by the VR renaissance in the consumer space. Sega and Nintendo tried to trick us with some expensive and crappy systems in the ‘90s. Now—thanks to the efforts from Oculus—people are starting to rethink how VR can be leveraged in the consumer space again. (Not to mention that Facebook’s $2 Billion [with a ‘B’] acquisition of Oculus sent a clear message to other tech giants about who thinks VR is back.)

Even as a developer, there are really affordable kits that allow you to start creating your own VR experiences.

Entertainment is where, I believe, we will see the most VR-related augmentation. Sony and Microsoft  are both working on projects related to VR and Augmented Reality (AR) that will surely leverage their console gaming platforms.

Google and Samsung are leveraging their mobile devices to provide VR experiences; today is the day that you can strap a pair of googles on a toddler as a babysitter. 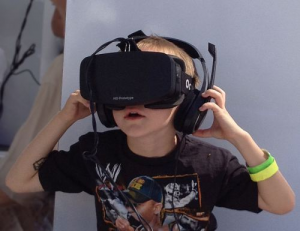 So, for us everyday consumers, VR is back and this time around it will be more affordable, immersive and widespread than ever before.

That being said, I’m not sure if I can get over how ridiculous people look when wearing VR headsets in public: 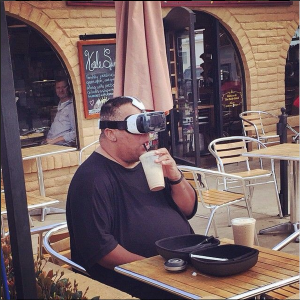